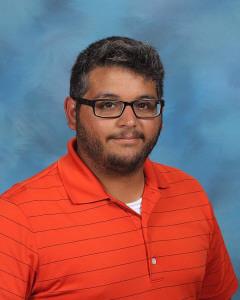 Born in California and moved to North Carolina in 1993. I graduated from Northside High School in 2006 and then attended Western Carolina University. While in attendance at WCU, I was set as the Improvisation Chair for Trumpet in the WCU Jazz Band, Principle Trumpet Player for the Symphonic Band, Trumpet Section Leader for the Marching band, and was the Lead Trumpet player for the Catamount Chamber Singers and Electric Soul pop band. I am a brother of two fraternities. Kappa Kappa Psi and Phi Mu Alpha Sinfonia. I have marched and performed in a solo quartet from a 400 member marching band in the 2011 Parade of Roses in California. My love for music is very strong. It is one of the few things in life where you can fully express yourself with out saying a single word. Even silence in music has a specific meaning.

See The Fine Arts Tab for the Marching/Concert Band Website