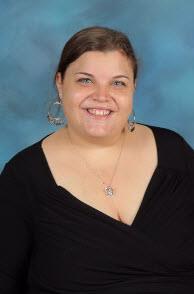 Lasko was an average high school page. She attended classes, she was a stage hand for school musicals, and she liked French class. She graduated Swansboro High School in 2005 with few honors but less plans for her future. She attended Coastal Carolina Community College for the year after graduation to figure out her quest. It was during this period that she heard The Prophecy from the Great Department Head Dragon.

She was informed that she would make a good teacher, since she was consistently proficient in English training and had a knack for tutoring other students in the course. She spent her time as a work study as a squire to the Great Department Head Dragon, and proofread her classmates' essays before they submitted them.

Following the path of the prophecy, she transferred to Appalachian State University. During her four years there, she met many other adventurers on their personal quests, and studied hard for her shield of education to fulfill the prophecy. She labored as a kitchen knave and a call center employee. She met her future husband as another knight-in-training; he also wanted his shield of education.

In 2010, she earned her Bachelors of Science degree in Secondary English Education as well as a minor in Philosophy. She also earned her shield of education, thus fufilling the prophecy.

However, it wasn't until 2011 that she, after wandering the hills of North Carolina for a year, found a position as a beginning knight at Southern Vance High School. Her husband knight followed her wandering heels into Vance county and toiled alongside her at SVHS.

She spent 5 years battling the forces of ignorance and laziness successfully. She saw many new squires graduate into their own quests with joy.

In 2016, she and her husband knight welcomed her child into the world. It, however, presented a problem. As a new mother and a veteran knight, she missed her home in Hubert. She wanted her child to grow up on the homestead, learning and growing as she did on the soil of her ancestors.

In the autumn of 2016, Lasko offered her sword to Swansboro High School, the very school she had graduated from so many years ago.