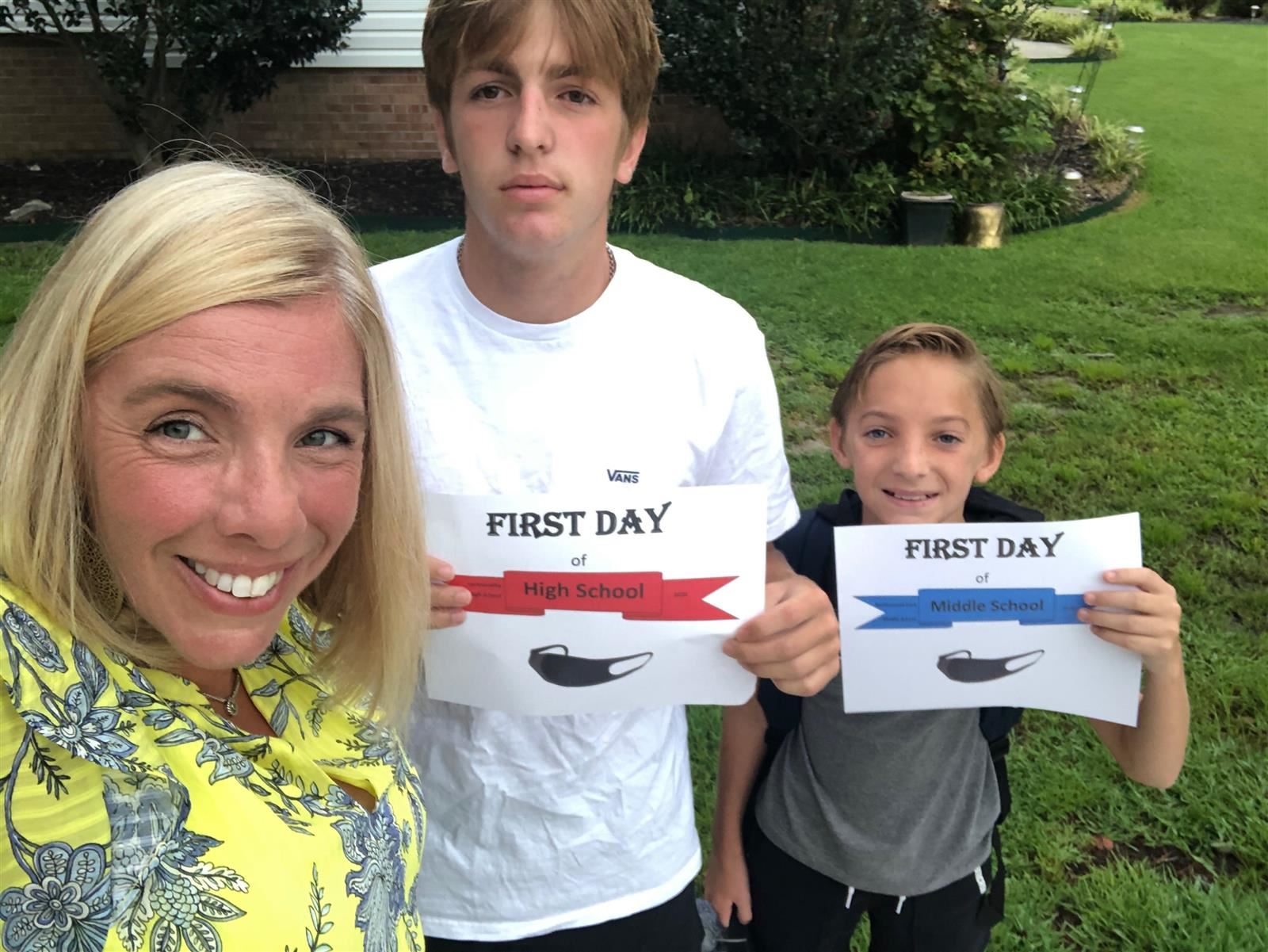 I am originally from New York but moved to North Carolina to attend the University of North Carolina at Chapel Hill.  I met my husband, a Jacksonville native, while I was in college.  We were married December 2004.   We moved to Jacksonville in June 2007 with our son Britt. He is a Freshman at Jacksonville High School.  Not long after moving back we had another son, Jackson (Jacks).  He is in sixth grade at Northwoods Park Middle.

While I was home with Jacks, I decided it was time for a career change and pursue my dream of becoming a librarian.  I become the media assistant at Northwoods Elementary in December of 2008 and began working on my MLS in January 2009. This is not my firs time as the media coordinator at Jacksonville Commons Middle School. I was a Knight from  2010-2011. I left to be the media coordinator at Carolina Forest International when Britt was starting kindergarten in 2011. I am excited to return to JCMS where it all started for me!

My spare time is spent with family and friends whether it be on the sidelines of a soccer game, at the beach, cooking out, or watching anything CAROLINA (in person or on TV)!