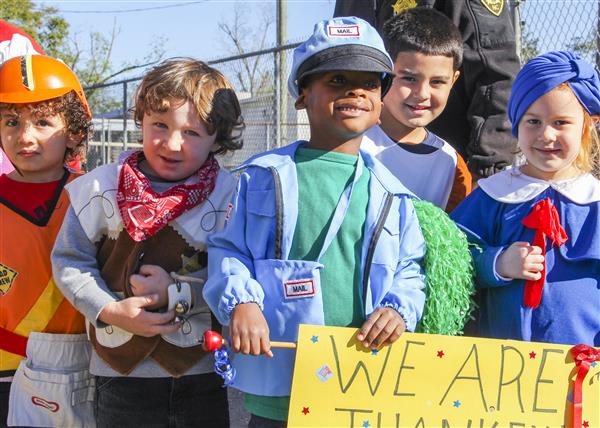 Preschoolers from TECC march in the parade dressed as what they want to be when they grow up.

With their teachers and parents lining the way, a parade of around 200 preschoolers walked the campus of Thompson Early Childhood Center on November 16.

Dressed as pint-sized versions of what they want to be when they grow up, such as police officers, firefighters, doctors, service members and chefs, the children marched alongside some of the community’s real-life heroes in their “We are Thankful” parade.  They were accompanied by Jacksonville police officers, Onslow County sheriff’s deputies, a drumline from Jacksonville High School, TECC’s tiger mascot, representatives from the NC Forest Service, and even Smokey Bear!

TECC Director James Lanier said the parade, scheduled between Veterans Day and Thanksgiving, is the perfect time for the school to celebrate their families, community and military. 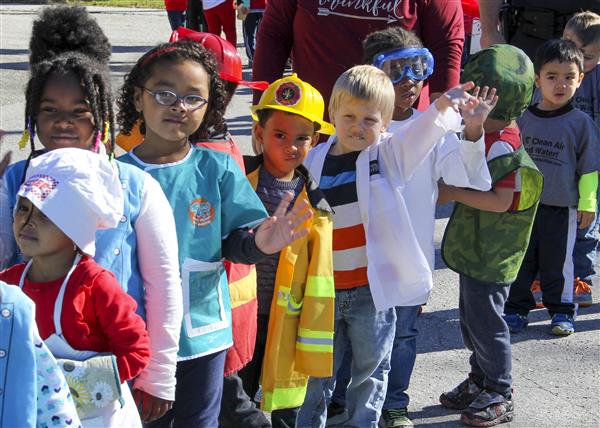 Traci Yates, a family specialist with the Onslow County preschool program, said the event is an opportunity for students to interact with the helpers in their community and learn to be thankful for them.

“Lots of times, our children are scared of police officers and those kinds of things, and they don’t need to be,” she said. “It just gives them the chance to really have one-on-one time with these community helpers and to learn to be thankful and grateful for these people, and that they will help you.”

Ms. Yates also said that the parade is a fun way to bring families and the community into the preschool to see what children are doing and learning.

“It’s a fun time to see the kids smiling and happy,” she said. “And for the parents to see that their children are content and learning and happy and are setting goals for themselves, such as something they would like to be when they become older.”

Rebecca Archer, whose son marched in the parade, said though the idea of her son growing up is overwhelming, it was fun to watch him participate.

“He dressed up as a police officer for the parade and got to march around with all of his friends,” she said. “He just got to show off what he wants to be when he grows up.” 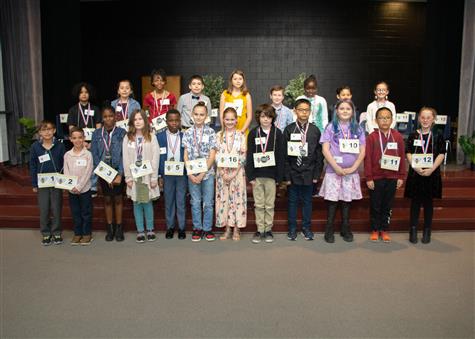