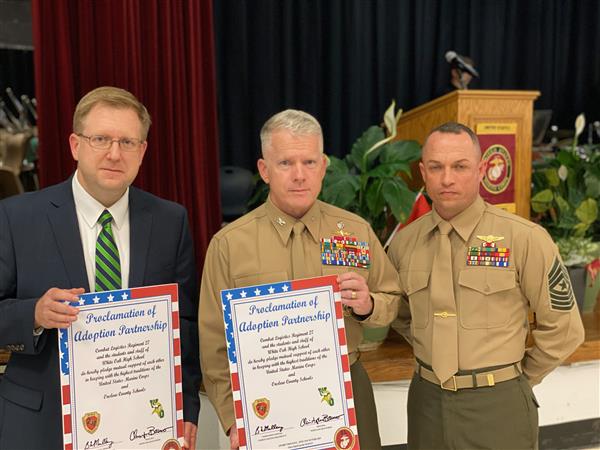 Two schools in Onslow County recently celebrated and made official their partnerships with military units from area bases.

The Adopt-a-School program promotes mutually beneficial relationships between the military and schools by allowing a military unit to “adopt” a school. The units support schools by helping with test monitoring, mentorship, and more. In return, schools help their units by sending them letters and care packages while they are deployed.

“If not for the men and women here, and those who came before them, the freedoms that we have would not be possible,” said WOHS Principal Dr. Chris Barnes. “White Oak High School is proud to be adopted by Combat Logistics Regimen 27.”

Col Brian W. Mullery said, “We have young citizens of our Republic that are growing through the process of high school, and if we can positively impact that and help or assist them in any way, that is exactly why we are here. We truly appreciate you allowing us into your family in order to do that.” 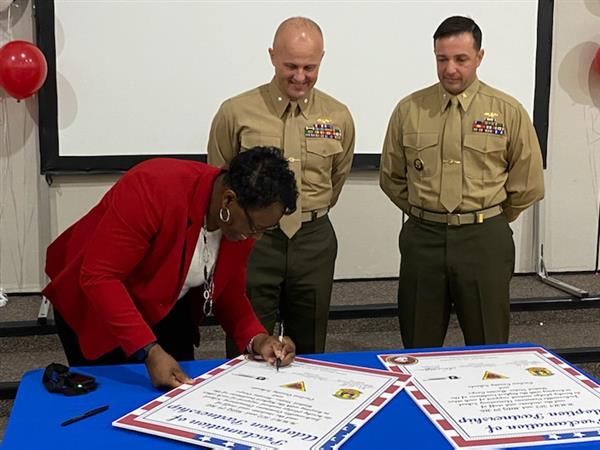 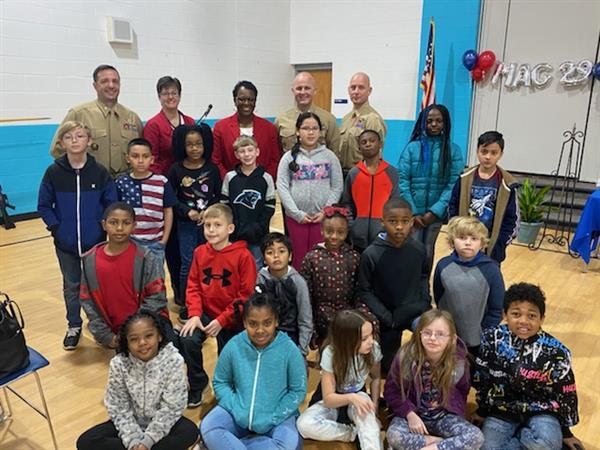 JCE Principal Deborah Hoffman thanked the partnering units, saying that JCE is proud to have their support as they continue to find new ways to provide for the school’s students and families, 70 percent of whom live below the poverty line.

HMHT-302's LtCol Joel Archibald said that his unit’s relationship with JCE began when they received Christmas cards made by the school’s students and decided to return the favor. When the opportunity to adopt a school was presented, they knew they wanted to continue that relationship and influence students by modeling positive behaviors.

“One of the things I desire and push for is to build men and women of character,” he said. “By modeling relationships, modeling positive behaviors, modeling how we treat others, how we act... hopefully the kids at Jacksonville Commons will pick up on that and take those positive behaviors and the way we do business and apply them to their own lives.”

Congratulations to WOHS and JCE and thank you to all the military personnel who invest time in our schools and students!